Dave Cox, creative director of the Castlevania: Lords of Shadow series, has announced he's leaving the company after 17 years.

He started as UK project manager on Castlevania: Symphony of the Night in 1997, and went on to work on Konami's best known franchises, such as Silent Hill, PES and Metal Gear Solid.

"So what's next?" he asked in a follow-up tweet. "Something I've wanted to do for a long time... gonna take a break then tell you all about it!"

Check out one of the last interviews we did with Cox, discussing Lords of Shadow 2, below. 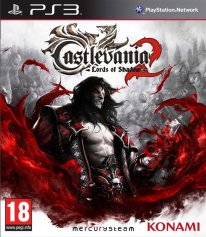