The Behemoth have announced that one million users have made the Castle Crashers' leaderboards on Xbox Live. The game has been available for 10 months and is still selling well, making it one of the biggest success stories on Xbox Live Arcade to date.

"This is really big news! Thanks to you guys Castle Crashers has become the fastest growing XBLA game in history! And saved marriages. AMAZING! I am amazed." - Dan Paladin, The Behemoth.

The Behemoth also issued a competition on their blog where fans were urged to guess the time and date that the millionth user would appear on the leaderboard. One lucky bastard got within three minutes of the correct time and walks away with a special edition Xbox 360 Elite, a limited edition castle (not life size, probably), a bronze knight figurine, and much more. The Behemoth really knows how to take care of their fans.

Check out The Behemoth's development blog for more. 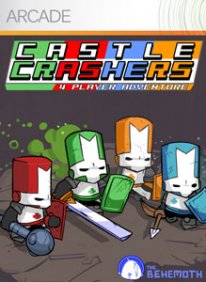