Nintendo announced last night that yet another Wii U exclusive is making its way over to the Nintendo Swich, and in this case also Nintendo 3DS. Captain Toad: Treasure Tracker was a critically well-received game that originally saw release in January of 2015.

The new version will also feature some Super Mario Odyssey-inspired levels to conquer. There's a co-op mode on Switch where the second player can assist the primary player with traps and such things.

Captain Toad: Treasure Tracker will launch on Nintendo 3DS and Switch on July 13.

Thank you for your time. We will take care of this matter as soon as posible
Yawn!!!! 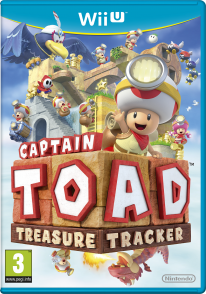