Capcom just updated its Platinum Titles list, where it shows the games that have sold more than one million units. Now, we can see the sales figures for its most popular titles as of December 31 2020.

The No.1 remains to be Monster Hunter World. Back in October 2019 the game had sold 14 million copies, and now the number has reached 16.8 million.

It's worth noting that Monster Hunter World: Iceborne, the expansion of above-mentioned game, has seen an even more significant growth. Back in November last year, we reported that Iceborne sold 6.6 million copies. Now it shows on the website that Iceborne has 7.2 million units sold - which means in a short time of a bit more than 2 months, the game sold 600,000 more units.

You can check the Top 10 Platinum Titles and their sales figures below:

You can also visit the official page for more info. 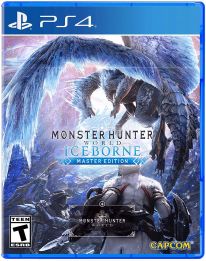