The other day we heard rumours that the Nintendo Switch will be less powerful than a regular PlayStation 4. This caused Finder to ask Bethesda's Pete Hines if a graphics-heavy game like Prey would run on the new console, and they also asked if there were plans for a Switch version to begin with.

Hines replied rather vaguely: ["The philosophy is to] put our games out on any format that supports the games as we envisage and make them".

Ricardo Bare, one of the game's writers, added this about a potential Switch version: "I have no idea. There are discussions around it, but there is no conclusion yet."

All in all it doesn't sound too encouraging, but Nintendo has stated that they are working hard to secure support from third party developers. Is this a game you'd like to see come to switch 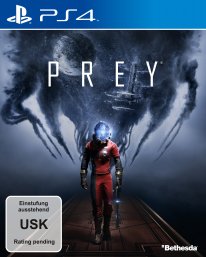