Fresh light has been cast over the origins of the Call of Duty franchise, and the most illuminating tidbit is that the working title for the first entry in the series was 'MOH Killer', as the newly formed Infinity Ward had one franchise well and truly in their sights, Medal of Honor.

"The project was actually named ‘MOH killer' until an official name could be found," ex-Infinity Ward artist Justin Thomas told MCV. "We were focused more on fun than success, with the idea that if it was fun, it would be successful. We were just going to make a great game, and do the things better than we did on previous projects. The great thing is that a team learns from previous projects."

Another ex-IW employee, Zied Rieke, added: "Allied Assault influenced us. Call of Duty was a rare chance to right all of our wrongs and fix all of our mistakes."

The insightful article explains how the core of the team that created Allied Assault for EA came together to become Infinity Ward and work with Activision, and how the newly formed studio and their publisher looked to EA for inspiration. The product of their work was the first Call of Duty. The rest, as they say, is history.

How Infinity Ward shook up the shooter space. 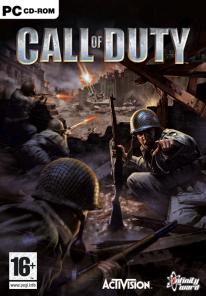