Call of Duty: WWII garnered a lot of attention when it was announced earlier this year, bringing the series back to its WWII roots. The single-player campaign will obviously play a big part in this, and we were given a short hands-off demonstration of this aspect of the game in LA during E3, where Glen Schofield and Michael Condrey ran us through the inspirations behind the campaign before showing us the game in action.

We were told that the campaign centres around the First Infantry Division, with the emphasis being on the "multinational" nature of the soldiers, with many different nationalities coming together during the conflict. The narrative will focus on the stories of multiple soldiers, but we weren't exactly clear on how many of these would actually be playable. Either way, though, it's nice to see that the personal stories in this international conflict are being taken seriously and given the weight they deserve, with extensive historical research being deployed to make this as effective as possible.

The level we were shown required the player to get to a church in a village, a vantage point needed so the player can target enemy troops. When they got to the top of the church and fired a few shots with the sniper rifle, however, heavy enemy fire reduced the church to rubble. There wasn't much insight into the narrative during this whole scene, but the tone was certainly set. Like Schofield told us, they're not pulling any punches when it comes to showing the horrors of war (he used the example of racial segregation in the armed forces at that time), and this was evident in the collapse of the church where the player was knocked down and witnessed a man's head and shoulder blown off as he was trying to come to assist us, showering us in blood and gore.

In terms of the gunplay (the most important part of any first-person shooter) it looked satisfying and punchy, with the sharp bangs of gunfire complimenting the shots nicely. It's hard to know for certain whether this translates into satisfying gameplay without actually playing it, but one particular example that made us think it's a weighty shooter is that, when the protagonist mounted a machine gun, his hand rested on the barrel as he piled shots into soldiers, and it vibrated violently when he was doing so, and there was a lot of kickback on it too.

Visually WWII looked very similar to other Call of Duty games in regards to character models, but obviously there's been a shift from the brighter, futuristic colours to a more subdued style. For example, the village that we saw during the demo was very realistic in its appearance. Everything looked as detailed and polished as we'd expect, especially in terms of blood spatter and gore, and flames were particularly poignant when the flame troopers came out to attack, totally illuminating the level.

We also saw some interesting gameplay features that we should draw attention to, one of which is that you can call for an ally to throw you a medpack at any point, and they actually throw it to you in-game, so we presume it can only be done at close range. When one of our soldiers went down in the game, the protagonist also dragged them out of danger behind cover, making us think this may be a feature we can expect from the full game too. Quick Time Events (QTEs) also make their return, which is nothing new, but these are few and far between from the looks of it, and were a little bit different in the sense that you had to move the button icon to a particular place and press it at the right moment, rather than just press it when it pops up. One example: there was a bell in the church and it was about to fall on you, you needed to dodge and did so by guiding a triangle icon into a circle zone while time slowed down, pressing it while it was in the zone to dodge the hazard.

Overall though what we saw of the single-player was promising, and the visceral features such as the gore and the punchy shots were very welcome, especially if they're going to be treating the horrors of war as realistically as they claim to be. Since it was a hands-off it was obviously incredibly polished for our viewing, but we're still convinced that what we've seen is indicative that Call of Duty: WWII is getting back to its roots very well, reproducing classic WWII Call of Duty but with extra polish and features to bring it into 2017. In that same vein, it doesn't feel like it's doing anything ridiculously new, but that's for players to decide whether that's a good or bad thing. 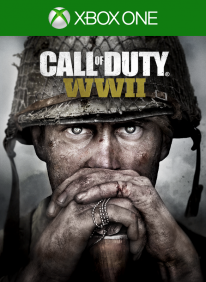