The Battlefield series has been the main competitor to Call of Duty for a long time, offering bigger battles, vehicles and a more realistic sense of war. Battlefield has also been in the frontline of technical prowess, as DICE is a developer who always impress both when it comes to graphics and audio.

Despite this, Call of Duty has always been the more popular alternative when it comes to sales numbers. Perhaps that is the reason why the former Executive Vice President of Call of Duty, Byron Beede, now has been hired as the General Manager for Battlefield. According to EA, this "signals a strategic, long-term commitment to the growth of the franchise".

Beede worked on Call of Duty for 15 years, so almost all major milestones during this period happened on his watch. It remains to be seen what he will try to do with the Battlefield series going forward, but we could imagine a 'free to play' Battlefield is something that will be considered. 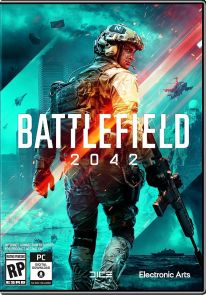