Sledgehammer is moving from their place as collaborators to full on developers for the Call of Duty franchise, after Activision announced that they're extending the development cycle of their flagship series to three years.

Now Sledgehammer, who previously worked with Infinity Ward on Modern Warfare 3, will become the third studio working on their own strand of the series, allowing Treyarch and Infinity Ward an extra year to develop their own titles.

Given that recent criticisms levelled at the series have revolved around a lack of creativity and innovation, with the latest entries appearing to stagnate both creatively and - to an extent - in regards to sales, this could prove to be just the tonic needed for the series and its longterm health.

It was confirmed by Actvision CEO Eric Hirshberg during an earnings results call that Sledgehammer would be delivering this year's Call of Duty title (and as an interesting aside, internet super-sleuth Superannuation called this months ago and last night suggested that this year's CoD would be another Modern Warfare title).

"There are several advantages to doing this," Hirshberg explained. "This first is of course quality; this will give our designers more time to envision and to innovate for each title. Simultaneously it will give our content creators more focus on DLC and micro DLC which, as you know, have become large and high-margin opportunities, and significant engagement drivers. Finally, it'll give our teams more time to polish, making sure that we relive the best possible experience to our fans each and every time."

Sledgehammer was formed in 2009, and has previously worked on 2012's Modern Warfare 3, collaborating with Infinity Ward and another third-party studio (Raven Software) on supporting the game post-release with DLC.

"They demonstrated their skill on Call of Duty: Modern Warfare 3, and on their past high-rated games. They're the perfect choice to support our new approach and bring fresh ideas and creativity to this great franchise, and to raise the bar for next-gen games overall," Hirshberg concluded.

While it's good news that Activision are aiming to improve quality by lengthening development cycles, it's hardly a surprise. Just last month we reported that Sledgehammer's Call of Duty title was gathering pace. Well, here's the official confirmation we were waiting for. 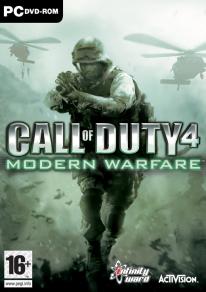