The Call of Duty: Mobile Masters 2021 has its victors

Tribe Gaming took home the title in North America, with NOVA Esports being the EU winner.

The team will be known as New York Subliners Mayhem.

The event is planned for mid-June.

Call of Duty: Mobile World Championship 2021 to begin on June 3

And, it will boast a $2 million prize pool.

COD Mobile esports will be back in 2021

A short teaser for the next year of competition was recently released.

The Call of Duty: Mobile World Championship 2020 has been called off

Activision has announced that due to health and safety concerns, the event has been cancelled.

Activision wants to bring more of their franchises to mobile

With Call of Duty: Mobile currently at over 300 million downloads, it's no surprise the publisher wants to expand on the platform.

Tribe Gaming's Call of Duty: Mobile roster has been revealed

The seven-player team has been detailed.

Zombies comes to Call of Duty: Mobile this week

Mark November 22 in your calendar, and we're getting more information on the undead mode this week.

The successful mobile shooter has joined the list of games getting sinister with the season.

Lots of fans want to use controllers in the successful mobile shooter, but we're told to "hang tight" for now.

The Tencent-developed mobile addition to the Call of Duty series broke records in its first week.

Activision brings the series to mobile devices next month, featuring plenty of ways to play, and a lot of fan service.

It's similar to what we've seen in Blackout, although there are a few key differences to consider before dropping in. 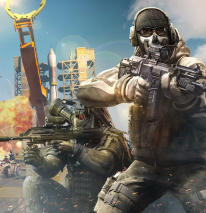