Activision have announced that they have sold more than 20 million map packs for the Call of Duty series - this includes both the main series and Modern Warfare. Given the price tag of $10-$15 Activision have made a pretty penny on the extra maps they have churned out over the years. Expect more of the same. 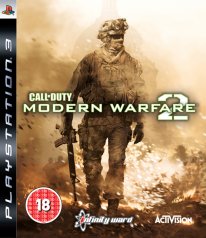