Non-profit organisation The Call of Duty Endowment has announced that it has now begun its application process for the sixth annual Seal of Distinction awards, which aim to recognise other non-profits in the UK and US that "demonstrate the highest levels of effectiveness, efficiency, and integrity in placing veterans into high-quality jobs," as the press release phrases it.

The Call of Duty Endowment was founded by Bobby Kotick, CEO of Activision Blizzard, and aims to help veterans find careers by supporting groups that help prepare them for the job market. This award in particular comes with an unrestricted grant of $30,000 USD, as well as the chance to apply for future funding, and applications can be found here, with submissions open until June 1.

In the last year, organisations supported by the Call of Duty Endowment put 11,974 veterans in careers at an average cost-per-placement of $504, and this award is just another way that it's continuing to support veterans.

"We are honored to continue the 'Seal of Distinction' program into its sixth year," said Dan Goldenberg, Executive Director of the Call of Duty Endowment. "We've seen a growing demand from veterans for help securing high quality careers—a 60% increase last year alone—and we're committed to finding and funding the highest performing non-profits that successfully address this challenge in both the U.S. and U.K."

Have you got any applications in mind? 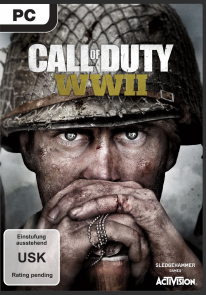