Call of Duty: Modern Warfare 3 is to get content drops featuring three multiplayer maps and a Special Ops mission. The maps are to land on July 17.

The news content includes the return of an old favourite. Terminal, from Modern Warfare 2, is back. With it are two new maps, Decommission and Offshore. The latter of which is set offshore on an old rig riddled with sniper perches, the former in an abandoned ship yard.

The Special Ops mission is called Vertigo, and challenges players to shoot down helicopters and enemies from a vantage point on top of the Oasis hotel. Terminal will be made available to all players the day after the Elite drop, the other maps are to feature in the next map pack.

PS3 gamers will get a different batch of content. Vortex, U-Turn and Intersection are the multiplayer maps, and Arctic Recon is the Special Ops mission. This content will be available to Elite members from July 19.

REVIEW. Written by Mathias Holmberg | Gamereactor Sweden on the 8th of November 2011 at 08

And that includes either a multiplayer or a campaign remaster.

Elite maps out next week. 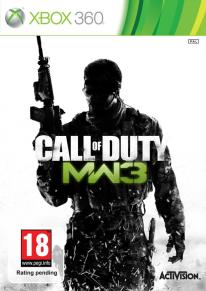