That Call of Duty: Modern Warfare and Infinity Ward are getting all the glory rankles Treyarch. This game and its developer conquered the hearts of players worldwide in a way that it now seems to be almost impossible for Treyarch to step out of that shadow. And yet, the studio fought back bravely and has been well represented by Call of Duty: Black Ops. And with the sequel the developer wants to have its long overdue breakthrough. People should speak about this game in years and still play it on their consoles. The foundation to achieve that goal is solid.

For the multiplayer in Call of Duty: Black Ops 2, there are a few useful - but also some really interesting - innovations. The shooter takes place in 2025. There are powerful, small robots and silent killers in the air. Artificial intelligence will influence the future of the war and is a powerful tool. Of course, Call of Duty contains the classic weapons, but tools like the automatic or self-guided mini-robot AGR and Dragonfly are deadly new additions. And things like the shield are more advanced now. It can be rammed into the soil now for fixed protection and to provide full freedom of movement.

There is an impressive new defensive unit: a small, mobile turret with microwaves to control masses. This device can emit an intense wave of energy that blocks units. There are small remote-controlled squads with small machine guns in order to finish opponents. And Treyarch has integrated War Machine - an updated version of the Death Machine. The promise is that we'll never love a grenade launcher more than this.

The really big change, however, is in the class system. Game Design Director, David Vonderhaar says that the team has imagined Call of Duty as a board game. What is the function of a character? What is necessary to keep the shooter playable? And what is just integrated, because it was always like that? Treyarch recognized that the classification system should be revised. Instead of simply opting for one of the classes, there is now a more flexible system.

Vonderhaar calls it "Pick 10" - we select ten functions for our character. This includes our main weapon, which means that we can also do it without this weapon and use the point for other stuff. And weapons now have no perks, but different addons. And they are visible. So everyone can see what they can expect from us. And these extras also include a better millimeter scanner, for example. With this tool, we can see the opponent if there is smoke so in combination with a smoke grenade we'd have a tactical advantage.

Each function has a special slot. But it's possible to add one slot to perks and weapons enhancements. We just need to pick a wildcard for that, but keep in mind, that this wildcard needs one of the ten select points. The system makes it possible to create a custom character suited to our individual style of play. The number of possibilities are amazing. Classes are not abolished, but they are not as static.

Another (and still considerably more interesting) new feature involves the multiplayer. The feature was inspired by E-Sports, says studio head Mark Lamia. The function is called Codcaster and it is a kind of Shoutcast, including a live-stream capability. Without a high-end PC and complex hardware we can still do our own moderation of a Call of Duty match. It allows us not only semi-professional moderation, but to use picture in picture functions, in between show the score, maps and other camera angles. And the broadcast is done via the web and therefore can be watched on mobile devices, for example - it was demonstrated on the iPad.

With the Codcaster there were tools to play Call of Duty as an athletic discipline for everyone. Lamia called it a game-changer, and indeed this function could be the best and most popular feature of Call of Duty: Black Ops 2. It could be the game which lifts the multiplayer mode to a whole new level. Exact details for the live stream functions need to be delivered by Treyarch.

On the top of that there are mandatory league functions for different skill levels. Anyone who has taken part in a few online matches is banded and then teamed up with other players who have similar skills. If we improve steadily, we climb up the ladder and then can ascend to higher levels of the league. This way Treyarch try to achieve the thing as with the Codcaster: E-Sports for the masses.

There are changes to the way we collect points. The new feature is called Score Streaks and we get points for actions which help the whole team. If we collect flags, while we maybe shoot off opponents or defend a comrade in a shootout with a shield, then there are bonus points to be had. Depending on the way we assist, there are different kind of points. Those who really play as a team can use it as an advantage.

This will pay off, for example, in a new mode called Multi Team. If we choose to play this, there are six teams fighting against each other, instead of just the usual two. The groups need to reconsider their tactics to ultimately be successful. I've tried this mode in different matches including Deathmatch and in the brand new Hardpoint game. This is a modified version of King of the Hill where all teams compete for one sector and try to defend it to score points.

Visually, Call of Duty: Black Ops 2 has hardly developed, but its predecessor was already quite pretty. This was visible on the four playable maps Aftermath, Cargo, Turbine and Yemen. The latter is about street fights in a more classic way for the series. On Cargo there are moving cranes that change the map during the game. Aftermath is set in the ruins of the destroyed downtown of Los Angeles. My personal favorite was Turbine. It is a rather open map with many options for climbing. 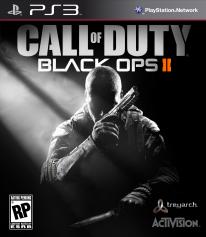