Cyanide Studio's Call of Cthulhu is very much an investigative game, one that sees you weave your way through a Lovecraftian narrative, and when we chatted with lead game designer Jean-Marc Gueney in Paris recently we also learned a little bit about what the gameplay entails, including the lack of combat.

"You will have to find a way to survive and escape, but you won't have direct confrontations, you won't have guns to fight [...] so sneaky of course, be perceptive of your environment and how to defeat them. So if you have information, you will have better chances of surviving, in fact," he explained.

As you can see in the full interview below, we also experienced an encounter with some aggressive tentacles, and this has to do with the protagonist's sanity. "Later in the game you will learn the truth about Darkwater Island, and the case of the hauntings [...] and then you will realise what lies beyond this reality, and your sanity will go down and you will experience more and more of such events," Gueney explained. "We have to make choices during these events. Is it real, or is it not? Do we want to learn more about [mysterious events] or just go on and try to solve the case of the death?"

For more on Call of Cthulhu, check out the full interview down below, where we also discuss the section of the game we played in Paris. Do you like this approach to sanity in the game?

"There's not a great deal of these sort of genre-mixing horror adventures out there and with an intriguing narrative that truly oozes of Lovecraft it pulled us in from start to finish."

Call of Cthulhu Switches things up from October 8

Cyanide Studio's adventure has been out almost a year, and now it returns with a whole new audience in mind.

Call of Cthulhu gets a Preview to Madness trailer

It's coming our way at the end of October.

We get to witness Edward Pierce's path into madness.

Check out the first hour of Call of Cthulhu

Take a look inside the Hawkins Mansion. 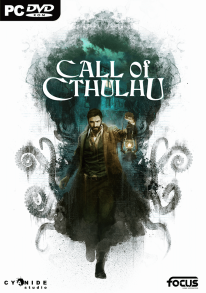