Konami ordered a replica of the 'Venom' motorcycle used in Metal Gear Solid V: The Phantom Pain from Triumph, itself to be used in a Comic-Con competition in Russia. The motorbike is based on a Bonneville T100 and it's based on the one seen in the recently release game.

But the lucky winner obviously isn't an avid biker himself, and therefore you can now buy it on Ebay. The starting price is $10,000 and you'll have to pick it up yourself. A nice bike ride from Russia might even be considered a nice bonus adventure rather than an actual problem.

Head over this way to place your bid.

A boatload of Metal Gear Solid music now in Spotify

It's a very busy month for Game Pass users on PC and Xbox One, including some big games from Konami, Capcom, and more.

The first update in almost a year let us take control of the underdressed sniper and more. 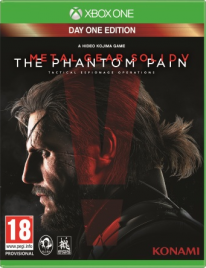