The Burnout series has garnered a lot of popularity over the years, and now Twitter user Renka_schedule has reported that a remaster for Burnout Paradise will be released in Japan on March 16 (as Gematsu translates).

We don't know whether it'll be called Burnout Paradise HD Remaster, although that's what it's referred to as, but Renka_schedule says it should be launched for PlayStation 4. If this is true, it'll probably come to the rest of the world as well, although who knows if other platforms will be included.

This isn't the first time we've heard about a Burnout Paradise remaster, but these are more solid details than we've seen before. Is Paradise your favourite in the series?

Thank you for your time. We will take care of this matter as soon as posible
Revenge is 'king' of all racers, not just the Burnout series its so close to gaming perfection its ridiculous but hey ive been playing dire need for speed games (the last two anyways) so this is ahem 'Paradise' for me.
Paradise is an awesome racer that dared to be different and its an absolute beast under the bonnet, just hope this is on route to the xbox x and I would love to see a new Burnout game and a backwards compatible Revenge to tie things up for me, I ask for so little which is why I receive so little hahahahaha!!!
Thats it come to papa/??
Thats rite over here xbox one x over here, nice and steady ! p 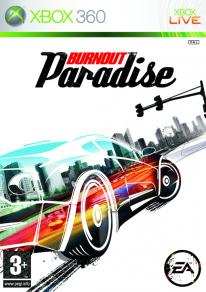