With so many remakes and remasters of older games arriving for PS4 and Xbox One, it would not be unthinkable that the Burnout series could follow suit, but Criterion Games has denied that that's a possibility.

Through their Twitter account, the studio said that it's a "nice idea but it's still not true. We've moved on to newer, even better things!"

The new project Criterion is referring to is a game based on extreme sports, which already has a trailer (below), but no name and no release date. 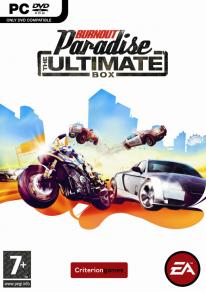