One of the most feared fighters ever in both the WWE and UFC, Brock Lesnar, is now making a comeback to the latter franchise - although not in person. Instead, Lesnar has been added to UFC 4 together with Askar Askarov and Jennifer Maia, with some Halloween themed content to go with that.

Lesnar sports a 4-star striking ranking and a 4.5-star grappling ranking. This is the first time Lesnar is in a UFC game since EA started this series back in 2014. You can download Lesnar until October 30, which is great as UFC 4 is actually free to play this weekend if you feel like throwing some punches with this beast of a man.

Check out his announcement trailer above.

Lesnar will join the fighting title, alongside Askar Askarov, Jennifer Maia and some Halloween themed content.

The company backtracked on its decision to sneak ads in weeks after reviews went live.

There is no Ultimate Team in UFC 4 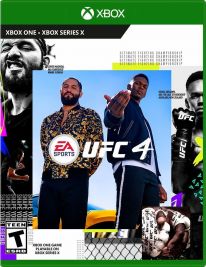