This special bundle will include all of the DLC that has been released for both titles. Players will be able to carry their old-gen characters onto the new machines, and there will be four-player split-screen for the first time in franchise history.

Borderlands: The Handsome Collection will be available on PS4 and Xbox One on March 27. 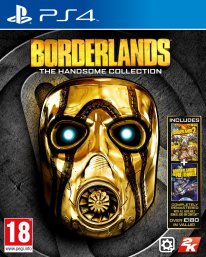