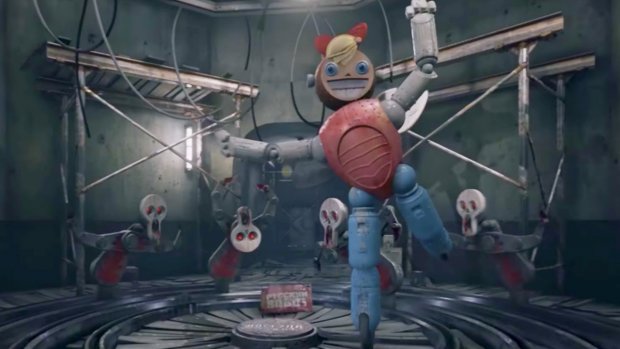 This post is tagged as: games, Atomic Heart, Mundfish

Atomic Heart is not released yet, but it's one of the most talked about games nowadays. What is the reason for product's popularity? Good gameplay video? Interesting idea?
Both yes and no. Gossips are the best advertisement, you know. And the Internet is filled with gossips about the game.

Atomic Heart is going to be an action and adventure video game for PC. It is developed by Mundfish. The story takes place in the alternative reality, where the USSR exists and tries its best in robots development. The main character has to find out what has happened at the agricultural enterprise where the robots are developed and why they have been broken up and killed everyone. Anyway, Mundfish promises both mystery and love story which is going to be the base of the plot.

But as usually bad things happen. Some days ago Anonymous shocked the whole Runet with blaming article. He wrote that new gameplay video is cartoon-like (which means the game has no gameplay at all, just art and animation), but company practices frequent layoffs, has only 20% of the game and bad leadership. Moreover, the gameplay video really looked too nice to be true. And fans started to get suspicions.

Mundfish didn't wait a lot. Some days after the article had appeared they invited a journalist to visit their office. And he gave them great feedback. Hooray, fans are happy!

So what was that visit like? The journalist was allowed to try the game - he played that part from the video and visited some more locations. Moreover, one of the leaders of the project played the game himself to refute a rumor that the outside scene can be played for 10 minutes or less only. The team showed some technologies they use in game development, parts of the plot and moments of the working process. Also, leaders gave an interview where they explained that Anonymous has lied and the project is moving forward to its final stage having both art and gameplay and surely more than 20% made.

And who knows, maybe that was just a well-directed trick to get more attention? Lots of people found out about the games from that scandal, not from the official website or something like that. If so - well done, Mundfish!