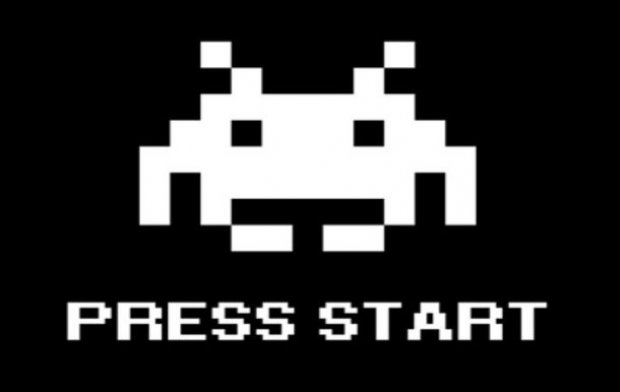 5 Retro Games On Steam That Will Take You Back

After some digging around the steam store, I have found some retro/strategy titles with a heavy discount. Most of the games listed on here have 70% off the original price... the offers are of course limited so make sure you check them out quick! Do make sure you have your Steam Wallet Credit ready to go too!

Good luck fellow gamers, truly hope some of these cheap Steam games sound appealing to you :)

1-Breach & Clear for SteamPlay, Windows and Mac (Offer ends 13 May)

You can pick up this game with an impressive 75% discount (the actual figure will depend on your location of course). Get Breach and Clear right now at the official store. LINK: http://store.steampowered.com/sub/61331/

Recommended, but only if you really like the genre - turn based tactical. I do like the game, and I will probably get 10-20 hours of gameplay out of it, but I can already spot some problems.

- Poor weapon variety. There's lots of AR-15 and M4 varieties, with similar stats, but no AK-47 (despite that you can play as spetznaz) or weapons of other origin than US/west Europe.
- Poor gear variety. With a few exceptions, you can add something that adds a single value. For almost the same price, you can get a bonus of 5, 10 or 15. Why would anyone ever buy the +5 gear?
- Poor mission variety. 35 SMALL maps. 3 different missions on each (hunt, defuse, extraction).
- Bland AI. Nothing surprising about it's moves.
- No sidearms, no magazine count, no reloads.
- Poor use of grenades. If you want to use a flashbang, then use it on turn 1 and move into the room on turn 2. There's no way to tell your squad to wait until after the detonation before they move in. Which leads to the next point...
- Poor ways to coordinate your movements. You can't tell op 1 to wait until op 2 arrives and then move together, unless you wait a full round. Which might hurt your score.
- Poor damage model. Everyone always fight to the death. Injuries have no negative effect, armor only adds HP.

None of this is game-breaking, but my impression is that they should have added more features and more complexity to the game, and definitely bigger/more maps. At the 15 euro pricetag, I recon you get your moneys' worth but only if you are really itching for this type of game.

2-Nethergate: Resurrection for Windows only (Offer ends 10 May)

70% discount (the actual figure will depend on your location of course). Nethergate: Resurrection click the link to download this game! LINK: http://store.steampowered.com/sub/61331/

Two different sides, the powerful Romans and the savage and cunning Celts. Each side has a completely different full-length adventure.
Enormous game world, with dozens of dungeons and many characters and quests.
Fascinating storyline. Fight for freedom, or further the glory of the Empire.
Lost secrets of magic! Dozens of spells and hundreds of hidden magical artifacts.
Innovative story and unique setting. Unlike any fantasy game you've ever played.

A great, old school RPG and its really immersive for its archaic 2D graphics, as soon as you get a hang of it, you're in Ancient Roman era , fantasy Britannia. Details and depth are really nice with many easter eggs, rich with history and has a really good sense of humor.

The mechanics are satisfactory, got traits like fallout and skill point buy like MM's. It's sand-box'ish you can do your quests in any order as long as your party is skillful enough, travel anywhere if you have enough food in your bag, talk to everyone in game world provided you're not a Roman trying to find his/her way in a brigantes village. You can play both as Romans and Britons, they have slightly different stories.

This game totally amazed me, by giving me much more than i had anticipated, made me wonder what is missing in most modern games.

85% discount (the actual figure will depend on your location of course).Commandos: Beyond the Call of Duty click the link to download this game! LINK: http://store.steampowered.com/app/6810/?snr=1_7_7_204_150_2

Key features of the game:

Distract and confuse the enemy soldiers by throwing stones and cigarette boxes.
Kidnap German soldiers, destroy train-mounted artillery and sabotage prototype aircraft.
Eliminate opponents from considerable distance with the Enfield long-range weapon.
Two new characters; a female member of the Dutch resistance, and a Major from the Yugoslav Partisan forces.
Use ether, handcuffs, a club or your own fists to subdue the enemy.

While it has fewer missions than Behind Enemy Lines each of Beyond the Call's missions is as big as the largest-size missions from BEL. Altogether I liked this game just as much as the first BUT the addition of several new abilities counteracts the added complexity of the longer missions. In fact, I feel they went too far and made the game too easy.

These abilities have been granted to all characters:

Puppet - Basically, the character holds an enemy soldier at gunpoint, allowing you to control the soldier. The soldier has one ability: Distract. This single ability allows any character to have a Spy-lite in their pocket at all times.
Stone - When thrown it causes all soldiers in earshot to look in the direction of the impact for a few seconds. If you instead use it to pelt a soldier several times directly he'll leave his post to investigate. Again, it just made things too easy.
Cigarettes - Usually has to be salvaged from a dead soldier. When dropped within view of most enemy soldiers they'll leave their patrols/posts to pick up the pack and smoke them in a corner somewhere.
All three of these abilities are usable by any character and it really takes away from the puzzle aspect of Commandos that I really loved.

Get this cheap steam game right now at the store!

Powered by the Unreal engine.
Real water simulation and rigid-body physics. Ships react realistically when shot down, and buildings respond realistically when bombed.
Fight a wide variety of air, land, and sea enemies with a customizable loadout. Level up to unlock more weapon slots and perks that add additional passive bonuses like piercing and shield stealing.
Online and local two player co-op
Unique Versus mode. Send enemies and hazards to defeat your opponent.
Helpful user comments

Well, that's not it. But this game did its best to borrow from the classics. Sometimes it even feels like it's almost there.
Worth seeing.

Get this cheap steam game right now at the store!

Hexcells Infinite is the third game in the series of ambient logic puzzle games.

It includes a new set of 36 puzzles as well as a random puzzle generator and now supports mid-level saving and cross platform cloud saves.

The level generator uses an 8 digit seed number to generate each puzzle so they can easily be shared.

Help. I'm 8161 puzzles in and i can't stop. This is like minesweeper, but better. No randomness, way better mechanics, unlimited replayability. It's all about logic and stuff. Just the right level of challenge for me. I'm way too hooked. Also each puzzles takes me 1-4 mins. Just woke up? Time to sneak in one puzzle. Queueing up for LoL and nothing to do? Sneak in another few puzzles.

Hope these games bring some memories from the good ol' days! Let me know in the comments below what you think about the, tried any of these games yet? What are your thought about them?