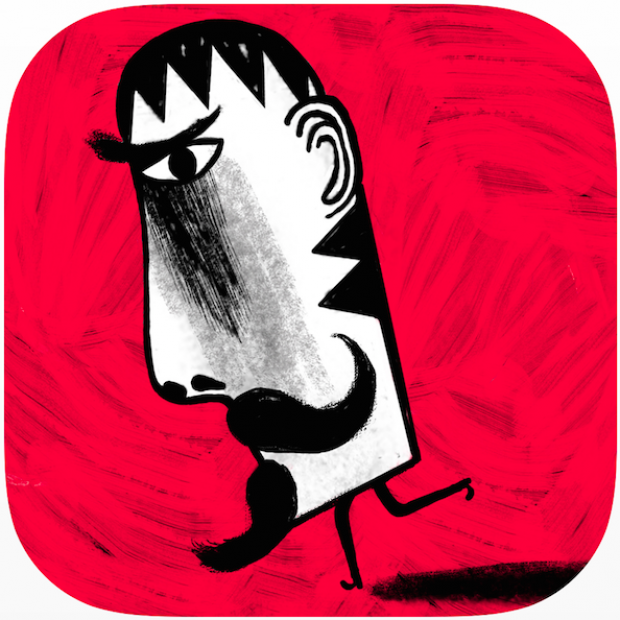 Fight between gamejourno and indie developer

Heartbeats is a new puzzler from Danish Developer Kong Orange. It got quite a beating in the Danish branch article about mobile games from Gamereactor Denmark EiC, Lee West. He called it "an artsyfartsy mess" that had an array of unintuitive puzzles and did not recommend it. None the less Heartbeats has been quite well received from fans and among other things it was featured in games of the month in Time Magazine and Best New Games in the US App Store.

Back to the beating. As so often is the case, the developer, me, was reading the article as well, and started of by sending Lee an email defending Heartbeats. A mail that didn't do much to change Lee's opinion of the game, but at least made us agree to dissagree.

That email conversation ended up with Lee West offering me the opportunity to let my voice be heard on Gamereactor.

The below was published in the Danish branch of Gamereactor:

So I, Esben Kjær Ravn - game designer of Heartbeats, gets to swing back at Lee West and Gamereactor:

IT WAS LEE WHO STARTED
The graphic puzzles are "delivered in the sort of style you rejoice in while the beret from your backpacking in Prague sits at an angle and you suck on a Davis Rio Chai Latté (or whatever coffee is the smartest this week)." So wrote Lee West affectionately about Heartbeats, when he mentioned the game in December.

Hmm, thought I, when I read the article, at least he knows a coffee, that sounds wildly fancy. That I had to give him. Wether he had played Heartbeats or simply been extra hipster-bashing-ready right from the second he saw the game's art style I wasn't so sure of. But I was pretty sure he only completed the first of the puzzles in the game (in contrast to what 60 percent of the players do. I will get back to that).

So I wrote to him:

"Hi Lee. We have no clothes on, you've seen through us, but obviously you haven't seen through the game, so here you have ... SPOILER-ALERT! [to Lee] The Walkthrough ".

He got a walkthrough and most of all it just made him more upset about Heartbeats.

He replied on email:

"And no, I have not seen through the game, it should not be a pain. Or rather, yes, it must be a bit of a pain to feel your efforts bearing fruit, but this wasn't intuitive, as the best puzzles, but more like a guessing game."

As far as I could tell from the mail, the walktrough had at least made Lee solve the next few puzzles, but I don't think he got very far. And he continued by describing his painful experience:

"Sometimes it can get too self absorbed. Then the game feels like it's only made for the creators own sake. I know that it can be frustrating to see your darling get some dry beatings here, but that was my experience as a gamer. "

THE SORRY ARTIST
I had actually mailed Lee a depiction of myself as a developer prior to this latter comment. I did so to make sure, that I was NOT considered an artist in a small attic room comforting my blubbering darling.

In this depiction, I wrote the following hoping not to get too many oh-you-want-to-be-an-artist cliches thrown at me:

"We are brought up to believe that every time something new comes into the world, in my case a game, it is because someone just discovered the finished idea inside his brain. All he had to do was dust it off and make it ready for display for all the world to see. "

In other words, I do not subscribe to that idea and I continued:

"Everything that turns into something has been created by a number of accidents, compromises, sudden whims, plans, plans that did not materialize, and most importantly all the people who have been in contact with the thing while it was made.

It is not necessarily the world's most sexy story at first glance, but I think we should teach our selves to love that story, rather than the great idea inside the head of a man, who only had to bring it into the world, because the world needed it. "

This I wrote because Heartbeats is simply a game, we had gotten the opportunity to make in a month, we did so, and then we published it. It is not a game, we've sat and really felt the whole world had deserved for all these years, but it was a game we wanted to publish.

This does NOT mean that I am NOT proud of Heartbeats, I'm just comfortable with the fact, that we will get a certain amount of beatings once it's out. That's what happens when you get an idea. So it is throughout the realization of that idea, when it changes and becomes something else in the process. And so it is afterwards too, it does not stop when the game is released. One can always do better, and you can be certain someone will tell you, among others Lee West.

But Lee's urge to comfort us was nevertheless a little syrupy sweet in this otherwise very modern coffee, he poured us ever so dryly.

THE HARD NUMBERS
It was a soft launch we made, an initial small launch in Denmark that was, that Lee's article was based on. We actually hoped to learn something from the response the launch would cause, before we prepared the global launch.

The hard data is partially in Lee's favor in certain places, e.g. concerning puzzle number two (the one he didn't pass initially). It is only 60 percent of all the players who solves this puzzle. I could of course argue that Lee West does not exactly have the majority on his side, but to be fair, a dropout rate of 40 percent after puzzle two, we did not hope for.

The figures are, however, really positive for us too, even though others are somewhat scary.

The game soft launched before Christmas, so the download numbers at almost zeroed, but then 30 days ago the game the game got some small mentions in Danish media and it caused a small new bulk in downloads. Therefor we assume that the majority of these players are not just friends and family.

Since the influx of new players the most positive thing for us is that approximately 20 percent of the players get to the paywall AND choose to pay for the game. Immediately hereafter, they get stuck, though, due to a totally insane sound puzzle, that only leaves very few players in the game. The latter realization belongs under the more frightening realizations. Then again, of the few that are still in the game at this point, 25 percent actually completes the game. For that we are after all quite happy.

WHAT DO WE CHANGES DUE TO THE SOFT LAUNCH RESPONSE?
Lee suggested helpfully in one of his emails that we let the solutions lighten up in Heartbeats:

"A feature to highlight interactive elements after, e.g. three minutes of play in a puzzle, would be the best choice - clearly. Then you would sweat a little. To see the solution after three minutes will indeed be a defeat for the more hardcore segment, but a helping hand for everyone else and there is still a half hour game experience even if you have to wait for the answer to light up. :) "

Well, hmm, thanks, but no thanks, Lee, although it is "clearly the best choice", and therefore, I wrote:

"I think we'll catch some of what you're fishing for, in the changes we made prior to the global launch, though we did not end up making luminous solutions after three minutes. We want to make something old school and hardcore, so it is the niche we make changes for. "

The changes we've made is a manifestation of our believe in the heart of every puzzle, but also, that we clearly see when our interface, graphics or designs get in the way of puzzles.

This sort of experience is common to all game developers behind every game on the market when they publish it. In a game like Heartbeats, made for very few dollars in a month, there might be a few more such experiences. Therefore we are also totally ready to correct them in the light of Lee's and other's dry beatings. It hurts in a good way, Lee.

What we've done is generally more positive and visible feedback, puzzle number two gets more explanatory graphics and response, and the killer sound puzzle after our paywall have been scrapped. In addition, we made a number of small changes in several puzzles.

As I wrote to Lee initiating our powwow:

"Yes, I have a beard, but you can read it anyway"

And as Lee responded:

"I have also had a full beard, so it's perfectly okay."

See if you agree with Lee or Esben or form your own opinion of the reformed Heartbeats here:
https://itunes.apple.com/app/id943364674?mt=8)