I'm going to complain a little bit about Watch Dogs. Don't get me wrong, I like the game; I think it's a well-built open world action title, with an interesting premise and some nice features. However, tonally, it doesn't sit right with me.

Aiden Pearce should be a scalpel, but instead he feels like a sledgehammer. Too often, instead of sneaking in and sneaking out, leaving a trail of unconscious enemies in my digital wake, I'm left taking out a stream of guards with lethal force.

Early on I went looking for non-lethal weapon options via the gun store (pepper spray, a taser, something/anything like that), and I couldn't find them anywhere. Maybe they're lurking, waiting to be discovered later on in the game, but I haven't seen them so far.

Other than viciously beating people with the extendable baton, the only choice you have from range is to mercilessly gun people down. For me this sits at odds with the rest of the game, and I'd really have appreciated the chance to tackle the game via non-lethal means, instead of leaving a trail of corpses behind me as I play.

Watch Dogs doesn't need to be a violent game, at least, it doesn't need to be as violent. For me personally, this experience would be better if there was a choice on how I could interact with my enemies. As it stands I feel the brutal kill-em-all approach offered by the current status quo makes for a more thuggish experience, when I'd has preferred a more nuanced, subtle approach to combat.

It sits at odds with the overall tone, and the wanton slaughter inflicted by Pearce removes any moral high ground he occupies in the wake of the events that set up the story.

Of course violence is commonplace and, at least in the sphere of gaming, often necessary (those bad guys aren't going to kill themselves after all). But that doesn't mean that every game like this has to have such a keen focus on death and destruction. Watch Dogs billed itself as a smarter offering with a focus on tech and systemic sandbox moments, but by limiting our options and giving us little choice other than to kill enemies when our stealth goes wrong, it has cheapened the experience, for me at least.

Aiden Pearce is on a mission for revenge, and is described as "The Vigilante" throughout the game, but to me he just felt like a cold-blooded killer, uninterested in the collateral damage of his actions, and as a result, I'm much less interested on going on his journey with him. 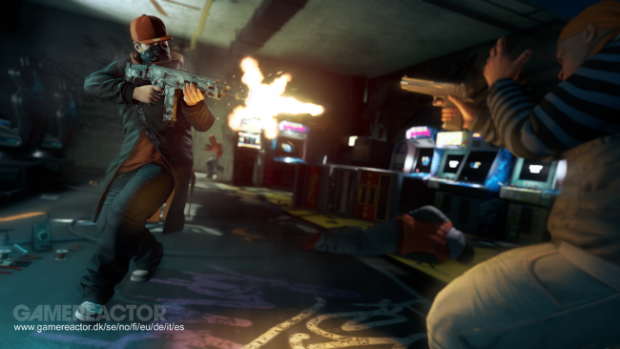 Thank you for your time. We will take care of this matter as soon as posible
That's a nice and honest review. Thank you for sharing. Do you know 192.168.1.1 is the main command used by all the routers and modem brands.