Italians do it better #2: Speak Italian!

Since my friend Petter seems not to like Italian language at all, I'm dedicating the second episode of my "Italians do it better" blog to... Italian language. I won't say Italian is the language of music and arts, while Swedish is the language of IKEA products. Anyway I do love foreign languages, and with a syllogism I do love Swedish as well (let's say I'm a "FAN" of it, since fan is the only Swedish word I know). But you know what? I met a lot of people that got laid thanks to their Italian accent, while I never listened to a girl talking about "the beautiful Swedish accent that guy had". Or also, I know there's a Swedish song entitled "Pappa jag vill ha en Italienare" (Daddy I want an Italian) while there is no Italian songs about a Swedish guy. Think about that, fellows! And add a "mamma mia" in some sentences, it may be useful.

Anyway, let's talk about my language. First of all, Italian - like Italy - is a relatively young matter. While Italian language was born in the Middle Age deriving from vulgar Latin, we could say that Italian became the language of Italians during the media-age. It became widespread thanks to radio and TV, since everybody used to use dialects as a mother tongue. Italy has been, and is, a country of dialects. Every province, sometimes every town uses a different dialect, while Italian has been used as a "lingua franca" (bridge language) for many years. Italian has been used by literate people, while common people spoke it as a foreign language. Italian dialects are very different, and sometimes are classified as a proper tongue. For example, a word like "lavoro" (Italian for "work") in Venetian is "laòr", in Sicilian, "travagghiu", in Sardinian "triballu" and in Neapolitan "fatica". Imagine an Italian person traveling in the XIX century with a chariot: he or she had to understand several languages in order to do just a few kilometers. While Italian is now the language of everybody here, there are still some places where dialect is very common. In my birthplace, for example, dialect is used in public places, banks, etc. My parents speak dialect at home, and so do many of my friends.

In bigger cities, such as Milan, dialect is only used amongst older people. This is due to the multicultural situation derived from heavy immigration these cities matured in the last 60 years, that's why Italian language has here become more important than dialect. But that isn't always true: in Naples, a multicultural city, dialect is still the mother tongue of many people. I heard immigrants from north Africa speaking Neapolitan in Naples.

Italian, by the way, is the official language of Italy. The one we refine at school, the one we formally use. Gamereactor.it is written in Italian language, which is spoken and understood by the greater part of the population (execpt for the province of Bolzano, where German is the main language).

It's not very easy to learn: we conjugate all the verbs, we have five grammatical moods and seven grammatical tenses. We have masculine and feminine articles, adjectives and nouns. We use a lot of simple and complex prepositions. Most of the words are paroxytones (stress on the penultimate syllable), a few are proparoxytones (stress on the third-to-last syllable) and all the oxytones (stress on the last syllable) have a grave accent (à, è, ì, ò, ù) on the last letter of the word. You won't ever find an accent in the middle of a word, like in French or Spanish. Most of the Italian words end with a vowel, and you can easily discriminate masculine words (ending with "o" or "e") from feminine words (ending with "a", very few with "e"). Plurals change the last vowel in "i" if masculine, "e" if feminine. So "gatto" (cat) and "gatti" (cats), "mela" (apple) and "mele" (apples). We have exceptions, but basically that's it.

I believe Italian is a beautiful language to learn and to speak. It's musical, it can express love in a special way. For example we have two ways to say "I love you": one is for your real lover ("Ti amo", to use with parsimony) and the other one for all the people you really care about ("Ti voglio bene"). A little boy won't ever say "Ti amo" to his father or mother, he'd look bizarre. I said my first "Ti amo" when I was 16 years-old, and I said it to two or three girls at best in my entire existence, it's a very important moment for everyone's life here. But perhaps I'm old fashioned.
Finally, if you don't want to learn Italian (hello again, Petter), you can easily learn the second language of Italy: gestures. I know that most of you are using your hands to gimmick an Italian person, and sadly it's quite true: we use A LOT of hand gestures when we talk. But they're not random gestures, they have a meaning and they add emphasis if used properly.

Probably the most recognized gesture is the one we make by joining the tip of all the fingers and then twisting the wrist up and down. This means "What the fuck...?" and expresses doubt or incomprehension. We join the left index and the right index two or three times to say "They get along". We touch our balls to protect ourselves from bad luck, and in some special occasions (when an empty hearse passes by, for example). We make horns with our fingers for the same purpose, or to insult someone (horns mean "you're wife is cheating on you"). We put a thumb on an eye to say "he's smart". We scratch our thumb and index on the chin to say that something is very good or a girl is very beautiful. We twist our wrist showing the index and the thumb to say "there is nothing to do about that". We bite our hand to say we've just lost a good chance. We poke our temple to express craziness. We wave a hand behind a shoulder to say "a long long time ago", while waving it in front of our chest means "that was close!"... I could keep on talking about hand gestures for days. Anyway, it's a funny way of expressing themselves if you think about that. 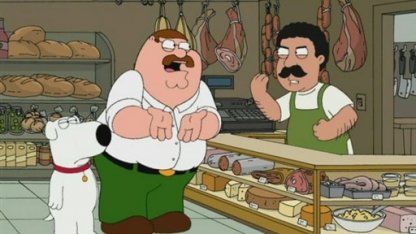 Offline
Strategist on the 5th of April 2011 at 19:02.
While Italian is an interesting language, the one I'm interested in learning is Latin.
I also think Italians should try to learn English.

Your blog was fascinating as I've always been very interested in languages.

Offline
Lorenzo Mosna Edited on the 6th of April 2011 at 09:20.
from mobile You're right. English is an issue here. When I was a little boy there wasn't an English class in my school: I had to study German! Now laws have changed, and every child learns English very soon. But we'll have to wait for these kids to grow up.

I've been studying Latin for five years. It's an interesting language, it'll be very useful when Julius Caesar will come at my place for dinner.

Online
Petter Mårtensson on the 6th of April 2011 at 09:44.
I know tons of guys that have gotten laid because of Swedish. In Sweden, though...

Offline
Strategist on the 6th of April 2011 at 11:53.
German is a nice language though. I've studied it at school as well. I'm planning on maybe studying Latin or Arabic next year as an add-on to my other studies.

And, to settle the dispute (or something): It's hard to get laid using English in Italy. Julian Assange proved it isn't in Sweden.

Also; Norwegian is way better than Swedish, except for singing.

Offline
Lorenzo Mosna on the 6th of April 2011 at 13:06.
Arabic is a language based on the movement of your phelgm. Acccccchhhhhhhmed!

Anyway I know some very Italian guys pretending to be Americans to find chicks. So I guess the "Assange's rule" works here too.

And for Norwegian, I'm not able to confirm. But if you're singing death/black metal it may be a good language. I have a friend from Bosnia and she says that it's stupid when an Italian sings hard rock, so I guess it's stupid for a Norwegian to sing a love song.

Offline
Strategist on the 6th of April 2011 at 13:29.
Afaik there's no norwegian death metal (though I'm not very well oriented on that front). Metal in norwegian language would sound hilarious, definitely.

Offline
Lorenzo Mosna on the 7th of April 2011 at 08:31.
Uhm what about Burzum? It's the only Norwegian singer I know. Half of Norwegian bands on Wikipedia are metal bands...

I have no idea btw. The only ones I've heard about uses the english language as far as I can tell. But with black metal I admit it's often hard to tell.

Offline
Lorenzo Mosna on the 7th of April 2011 at 11:15.
Oh yes you're right. Many of them use English. But I don't understand a single word when they growl.

Offline
DalleUSSR on the 10th of April 2011 at 23:06.
As I see it the Italian grammar looks kinda like German and Latin (Salve!)

The only thing I liked about Latin was my teacher. He had a gift to make classes fun and educational.

Though I kinda want to learn Latin, the grammar-thing is really making it hard for me. Too much to think about.

The easier part was that it doesn't matter which word comes first in a sentence, as long as it is with the right ending.

" A positive attitude may not solve all your problems, but it will annoy enough people to make it worth the effort." - Herm Albright

Offline
Lorenzo Mosna Edited on the 11th of April 2011 at 11:34.
Italian grammar isn't like Latin. We share A LOT of words but Latin has cases, while Italian doesn't.

And German is pretty different too, we have a completely different use of the conjunctive mood, German has 4 cases, etc.

I'd say Italian looks like Spanish and French from a grammatical point of view.

Sorry for the late comment, but it is saturday and I am bored. Luckily I had this blog to entertain me. Good job.

Offline
T-man Edited on the 20th of August 2011 at 14:56.
Italian is an interesting and beautiful language, indeed.

Definately better than Swedish, but there is a reason as for why Swedish guys don't get laid because of their accents. When a Swede tries to speak a foreign language, the accent just makes it sound gay and retarded (even though he speaks it correctly) because of the pronounciation.

But, many Swedes to get laid anyway. Many find the attractive.

And then there's the song. In the 70's many Italians emigrated to Sweden, and I've never heard of an Swedish emigration to Italy. ;)