Italians do it better #4: False Friends

You know them. Or maybe not. But you surely hate them: false friends. I'm not talking about people who claim to be your friends but try to stab you in the back. I'm talking about some foreign words that sound incredibly similar to other words in your local language, but have a different meaning.

During my career of inexpert translator, I stumbled upon a lot of false friends. So here's a list of the 11 funniest false friends I ever had the pleasure to meet.

1) Aperitive. If you ask for an aperitive in Italy (aperitivo) you won't cure your constipation at all. But you'll probably get drunk. Aperitivo is a drink you have before lunch or dinner. A glass of Martini, Bellini, Aperol are common "aperitivi". In Milan an "aperitivo" is something more, since it's also called happy hour and it's accompanied with a huge buffet. If you need an aperitive in Italy you better ask your local chemist for a "purga" (read: poorga, which curiously contains the sound "poo"...)

2) Ballista. Nice weapon in some games, but don't ever ask for a ballista in Italy since the word means "liar", and it's kinda rude. The weapon is called "balista", with one L.

3) Cafeteria. It's very similar to "Caffetteria", which is a bar, a place where you drink coffee. Cafeteria is called "mensa", like the IQ society.

4) Cane. This is very funny, because it means "dog". When I read about people being "caned in the ass" in Singapore I always think about... nevermind.

5) Coffin. It's very similar to "cofano", bonnet, the cover of a car's engine. I remember I was watching The Dirty Dozen once, and one of the US soldiers was speaking Italian to a Sicilian kid. He told the poor little guy he was going to find a "cofano" for his dead mother. I heard about a lot of dead bodies being put in the trunk, but not in the bonnet.

6) Confetti. Usually gifted at weddings, baptisms and graduations. You use white confetti for weddings, blue or pink for baptisms (depending on the sex of the baby) and red for graduation ceremonies. And you eat them, cause "confetti" are sugared almonds. Confetti here are called "coriandoli". And no, we don't eat small pieces of paper. We throw them in our friends' eyes, like everyone else.

7) Corpse. In Italian "corpo" is a body. It's not necessarily a dead one. So don't worry if someone says something about your "corpo". Unless they're laughing at your huge ass.

8) Morbid. Very similar to morbido, "soft", "fluffy". If someone says "morbido" referring to your hair, your skin or your hands... it's definitely a compliment. Well, perhaps a roadkill Care Bear could be both "morbid" and "morbido".

9) Paper. This is one of the funniest of my childhood, since "Papero" means "Duck". The prefix "paper" has been widely used in Disney's comics here in Italy. Duckburg is Paperopoli, Donald Duck is Paperino, Scrooge McDuck is Paperone, etc. When I played Paperboy for the first time on the NES I thought it was going to involve an anthropomorphic duck-boy (I used to be a huge fan of Howard the Duck). I felt disappointed when I figured out it was just a guy throwing newspapers. But I met my first false friend.

10) Pollution. The nightmare of every English teacher dealing with hormone-filled teenagers. In Italian the word "Polluzione" means "wet dream". It's more a medical term than "wet dream" (dictionary suggests me to say "nocturnal emission"), but try to imagine 20 guys giggling every time the teacher talks about the environment. I used to be one of those 20 guys, I don't regret it. Now I understand why I didn't have a girlfriend at the time.

11) Preservative. This could be a possible candidate for the "English teacher's nightmare contest", but since it's quite technical, I learned it when I was too old to find it any funny. "Preservativo" means "condom". Tee-hee-hee!

Let me conclude with a bonus word:

(I'll let you figure out what it means). 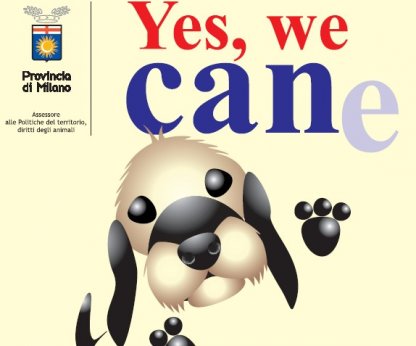 Offline
ricardoalbertksV on the 1st of March 2016 at 05:21.
Thanks for sharing, I will remain alert