The time has come to say goodbye...

Gamereactor has been a huge part of my life over the last 17 years. I started out as a staff writer at the Swedish site / magazine re-launched/launched back in 2002 and soon thereafter I stepped in as an editor. I went on to work on the English site as it launched and the video side of things soon became my domain. I really do enjoy travelling to events and interviewing game developers, getting to know the people who make the games we love to play (and the ones we may not love quite as much). In many ways it's as much about the people as it is about the games, if not more. It's truly been my pleasure. But as I may have given away there in the first sentence I'm no spring chicken and I want to try my hand at other things and that's why the time has come to say goodbye. There's no drama, simply the slow realisation that I need a change of scenery and a change of duties.

My very last interview, fittingly, went live today, it was filmed last week during a visit at Avalanche Studios, a local Stockholm development house located about five minutes from my old studio apartment from what feels like a lifetime ago. I think I visited the studio ahead of Just Cause 1 in 2004 the first time, and since I've likely visited the studio at least ten times and conducted interviews with various Avalanche folks at least twice as many times, probably more. In total, I estimate I've done roughly 2000 filmed interviews over the years. Quite the body of work. One day high was 35 filmed interviews one crazy year at E3. Quantity isn't always quality, but I dare say that practice really does make a difference.

It feels important to me that there's good coverage as I leave Gamereactor and I feel with the likes of Mike, Sam, and Lisa (as well as David, Dóri and many others) there's every reason to think GR and GRTV will continue to deliver, maybe in some ways even better than before. Tomorrow I'll be a fan and a follower, but today I celebrate my final day as a member of the inner circle of Gamereactor family. 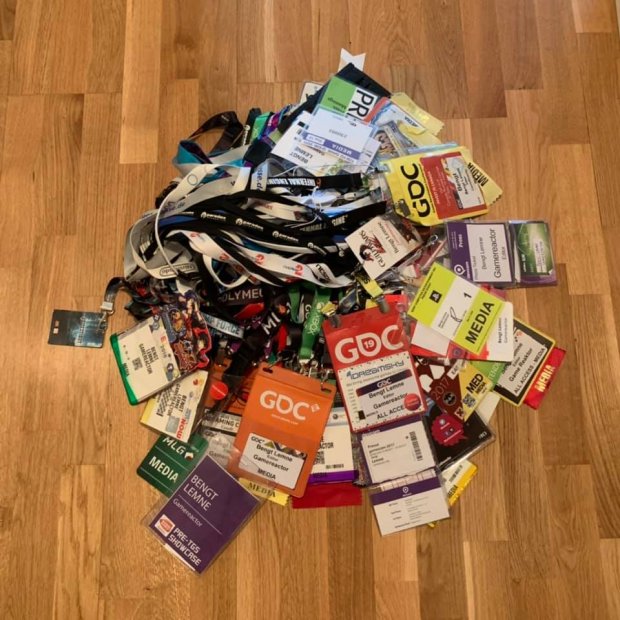