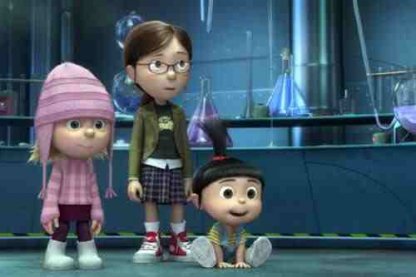 Sometimes a moment in a game can make your day. Playing Assassin's Creed 3 I had such a moment.

Racing my way to an objective I noticed some orphans and fully intended to ignore them.

Something stopped me. Unlike previous Assassins Creed nuisances, like beggars or crazy men, they didn't get in my way.

They whooped, cheered and expressed they're amazement. So much so that when I threw a handful of coins they completely ignored them.

Eager to please my enthralled crowd I climbed to the top of a building. From my perch I could see and hear them cheer me on. I threw more coins and this time they lapped them up.

Hopping away towards my objective one orphan looked up at me. With wide adoring eyes he said ‘we won't forget this' and my stone cold assassin heart flickered with light for just one fleeting second.

It was a rare magical moment in gaming.

Many games try to achieve such interactivity with NPC's. In Fable 2 & 3 it was a significant mechanic. In Red Dead Redemption such moments served as a nice bridge between story arcs.

Whether it was performing a jig for a crowd or saving a trading cart from bandits these games tried hard to make you feel a connection to something otherwise insignificant.

However, Assassins Creed did something I haven't seen before. The interaction was so unique, so embedded and so in the moment it felt perfectly realised. It didn't break from the world the game had thrust me into. It made it feel more real.

Assassins Creed 3 isn't the huge leap forward we had all hoped for. It's a good game but not ground breaking. What it does it does well but it never sets the bar or pushes expectations beyond anything expected.

Offline
Strategist on the 24th of November 2012 at 02:08.
I look forward to trying this as I get Assassin's Creed III for PC. It will probably be after my exams though.

I agree that it's magical when developers manage to make the interaction seem real and genuine. I've experienced it in a few games, even when it is mechanical and repeated easily.

Offline
Life is DLC on the 3rd of December 2012 at 13:45.
ACIII is a fine game to stroll about in. The streets are full of life, and just walking about around the Boston shipyard is a mesmerizing and unforgettable experience.

Offline
ricardoalbertksV on the 1st of March 2016 at 05:20.
Yes the life of the street really makes this game interesting