Daum Games have announced the dates for the upcoming closed European beta test for upcoming MMORPG Black Desert Online. The Korean openworld/sandbox MMORPG has been getting a bit of hype in MMO circles lately. Mainly perhaps as a result of its visuals.

The first closed beta test (following from alpha testing) has now been confirmed for Wednesday December 16 (starts at 07:00am UTC) and running until December 22. For excess to the closed beta you'll need to pre-order the "Traveller's Package" which costs €49.99 (see <a href="https://www.blackdesertonline.com/preorder/?trcode=PRE001">official website).

The game is known as Black Desert in Korea where it has been out in the wild since 2014.

Black Desert's Hashashin class is live on PS4 and Xbox One 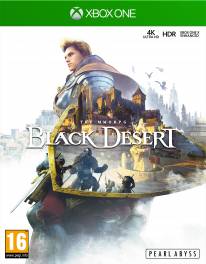