Feral Interactive has today announced that BioShock Remastered will be released for macOS on August 22 to celebrate the 10th anniversary of the game's original release, bringing with it enhanced 1080p graphics.

"We're thrilled to bring an enhanced version of BioShock to macOS 10 years after its original release," said David Stephen, Managing Director of Feral Interactive. "The improved graphics make the most of the spectacular art direction, combining art deco design, science fiction themes, and a horror sensibility. There's never been a better time to visit Rapture."

You'll be able to get the game from both the Feral Store and Steam for £13.99, and the Mac App Store version will be released shortly afterwards, costing £19.99. System requirements should be coming soon, but for now does this look like a game you'll be investing in?

We give you a recommended list to get you going.

Guillermo del Toro would love to do a Bioshock film

Gore Verbinski was previously attached to one such project.

Including BioShock, Borderlands, and Spec Ops: The Line.

This marks the 10 year anniversary of the game.

Bill Gardner shared some interesting insights during a Reddit AMA.

Would you kindly lower the budget and age rating? 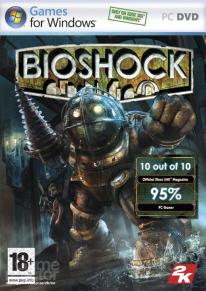