Film, television and video game composer Garry Schyman has been confirmed as the creator of the score for Bioshock Infinite. Due out at the end of next month (March 26), the anticipated FPS from Irrational and 2K Games will feature what the studio are describing as a "raw and intensely emotional score."

Schyman also wrote the score for the first game in the series, which was recognised with the Best Original Score from the Academy of Interactive Arts & Sciences (as well as several other prizes).

"It doesn't get any better for a composer than to be able to score a game as remarkable as Bioshock Infinite," says the award winning Schyman.

"It provided a vast canvas filled with extraordinary and completely unique characters and situations that permitted me to be creative in ways that we composers usually only dream of. Much thanks goes to Ken Levine, James Bonney, and the entire team at Irrational for inventing such an astonishing world and then letting me write music for it!"

"This could have been the crowning moment of the Bioshock series."

"Burial at Sea is an enjoyable blast through a familiar setting. But the short run time raises a difficult question."

Irrational Games is no more.

Bioshock: The Collection rated by ESRB

The evidence is mounting. We can see a lighthouse in our future.

Is Bioshock finally coming to PS4 and Xbox One?

New signs of a Bioshock Collection for the current generation surface.

Take-Two boss reiterates that it's "a permanent franchise." 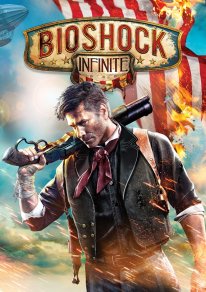