Three of Bethesda's best games, Fallout 3, Fallout: New Vegas, and The Elder Scrolls IV: Oblivion, are now available DRM-free through GOG, and to celebrate their arrival, they're 50% off until June 6.

All three games are the complete versions, meaning they come with all DLC and expansions, along with full mod support for some of the fantastic mods users have created. Fallout, Fallout 2, The Elder Scrolls III: Morrowind, An Elder Scrolls Legend: Battlespire, and The Elder Scrolls Adventures: Redguard are all 75% off too, if you're feeling in the mood for RPGs.

The enticing aspect of this is that the versions of these titles on Steam aren't optimised for recent operating systems like Windows 7, 8, or 10, however, the GOG versions are, so the games will be far more stable.

All three games are undisputed kings of the RPG genre, but which will you revisit first? Let us know below. 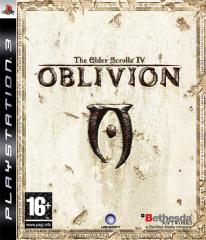