Battlefield V was recently given a trailer that's all about Rotterdam, and now EA and DICE have published a post breaking this trailer down into little parts, which in turn reveals a little bit more about the game that's coming to us this October.

The bit that caught our eye specifically was regarding vehicles, as the post reads: "Players can upgrade vehicles and aircraft to fit their playstyle. Choose between greater firepower or improved durability. Coming after launch for vehicles is visual customization, too."

What's also coming after launch is the battle royale mode, so it seems that even after we jump into the fight on day one there's going to be a lot more to be excited about later on.

If you're interested in seeing more about the game, by the way, you should stay tuned to Gamereactor this week, as we'll be reporting on all the big news from Gamescom in Cologne.

Will you be getting the game on launch?

The list of games includes Battlefield V and ⦁ Indiana Jones and the Fate of Atlantis. 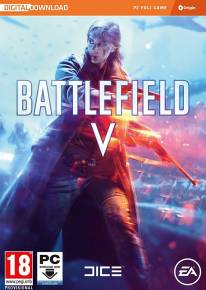