It appears that EA's Battlefield: Bad Company is being made into a television series, with at least one hourlong episode in development.

Working in conjunction with EA, Fox, and Adam Sandler's studio, Happy Madison, writer John Eisendrath (the man behind Alias) is basing his script on the four characters that featured in the original Bad Company.

The plot, according to the report on Deadline, will follow the renegade soldiers after their exit from the military, and will focus on their attempts to evade their old superior officer who is trying to cover up his shady dealings by wiping them out.

The original Battlefield: Bad Company is now on EA Access

Nine years after release, we can revisit the shooter once more.

As well as all its DLCs. 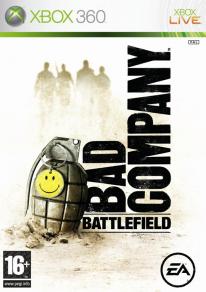