The open beta for Battlefield 2042 is now open, enabling players to get their first taste of Conquest on one of its 128-player maps. Whilst our thoughts earlier on in the week were mostly positive, it appears that the community as a whole is pretty divided with some users even calling for the game to be delayed for a second time.

With many of these comments circulating on Twitter, DICE issued a statement confirming that numerous fixes have been made since the beta build. They also highlighted that the game will not be delayed and is still on track for its full release on November 19.

The full statement reads: "Since the time we branched the build for Open Beta, we've implemented numerous improvements into the launch build of the game. The shift to November also gave us extra time to improve visual fidelity and stability issues that you may experience during the Open Beta. We're on track for worldwide launch on November 19th, and early access on November 12th, when players will have full access to All-Out Warfare, Portal, and Hazard Zone."

Have you had the chance to play the game's beta yet?

Players will compete to uncover Data Drives that can be exchanged for Dark Market Credits.

Battlefield 2042's Hazard Zone is set to be showed off tomorrow

Its debut trailer is set to go live at 4pm BST.

We'll be playing Conquest on one of the game's 128-player maps.

Some players are even wishing for the game to be further delayed.

A blog has also been released that includes interviews with the game's composers. 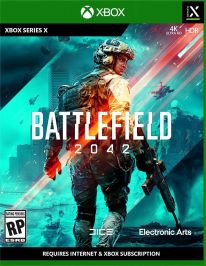