The Behemoth have revealed on their blog that their next game BattleBlock Theater, won't be released on Xbox Live Arcade before the end of the year as previously expected. In fact they released this "confession":

"I have a confession to make. Long story short, BattleBlock Theater is becoming so much more than we ever expected. It feels like no other game out there - there's a little more r&d than we thought and lots of new ground to break. This means we will not be releasing in 2010, but the good news is now that we've got Castle Crashers out on PSN worldwide, you can expect LOTS more updates on where we are headed with BBT.

A ton of work has gone into this game which feels like no other game! We're currently forcing someone to start getting some videos/pictures prepped so we can pass the time quickly together." 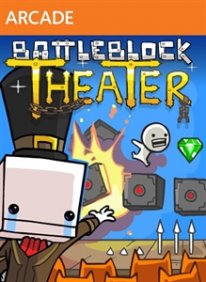