There has been a lot of talk about The Last Jedi and The Rise of Skywalker, and how bad/good they actually are. But there is one thing most Star Wars fans seem to agree on - and that is that the second half of Rogue One is the best thing Disney has made with the franchise so far.

And that, of course, includes the wonderful Battle of Scarif, where the Rebels fights bravely in a tropical paradise against hordes of Stormtroopers, AT-ATs and whatnot. This battle was added to the first Star Wars Battlefront and it was also supposed to be added to Star Wars Battlefront II. But, yadda-yadda-corona (as you're probably are used to hearing these days), the content has been delayed.

The developer had the following to share on the official Sub-Reddit:

The Star Wars team have now moved away from our office setup and into our homes.

Work continues on the game but the adjustment from the office environment into our homes has caused some knock-on effects to our workflows. We're currently streamlining these processes and adapting as we move forward.

As a result of this, we have decided to move the release of the Battle on Scarif Update to Mid-April. This is our new target time-frame but as the situation continues to develop, we will keep you posted on any further timing adjustments.

It's worth pointing out that it's more than just The Battle of Scarif that is being added and we can also look forward to a few other things being added to the game. Among the coming additions is the fact that "Co-Op and Heroes Vs Villains will be receiving some additional locations and we can confirm that there will be some new hero and villain appearances arriving as well".

"It never gets boring watching Yoda rip through enemy lines with his lightning-quick lightsaber (as long as he's on your side, of course)."

With the development team now working from home, the content schedule has slipped just a little.

Episode IX is about to hit cinemas, and there are new locations, heroes, and more heading to the game this month and in January.

This is for Premier users, although there are plenty of other games coming for Origin Access players in December.

Star Wars Battlefront and its sequel have sold better than some gamers may have thought.

The popular game mode is returning next month, and we got to try it early when we visited EA in Cologne during Gamescom.

Creative director Dennis Brännvall said they want to give Respawn's upcoming game some space initially though. 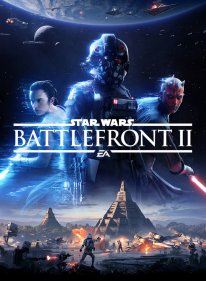