Earlier this year we were supposed to embark on Batman: Return to Arkham, the collection with Batman: Arkham Asylum and Batman: Arkham City, on Xbox One and Playstation 4, but the release was pushed indefinitely.

Then rumours emerged saying that it wouldn't see any release date before November, followed by the game store Base putting up November 25 as the date to go by.

Well, forget about all this. In a press release, Warner Bros. today set the record straight announcing the release date as October 21. The remastered versions come with all the DLCs and Game of the Year edition bonus content ever to be released.

Check out the comparison between the old versions and the new ones here: 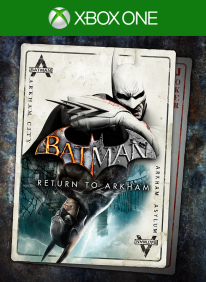