The team behind Batman: Arkham Origins will not be focussing on fixing bugs and glitches reported by the game's community, as they're working on new content for the title instead.

A community manager writing on the official WB Games website forum confirmed that there are no plans to release another patch, and that the team are currently "working hard" on an incoming piece of story-driven DLC.

"The team is currently working hard on the upcoming story DLC and there currently are no plans for releasing another patch to address the issues that have been reported on the forums," said the community manager on the game's forum.

"If we do move forward with creating a new patch, it will try to address the progression blocking bugs for players, not the minor glitches that do not prevent one from continuing to play. The issues that are not progression blockers will unfortunately no longer be addressed."

"We apologize for any inconvenience this has caused for some of you, and want to thank you for having been patient," the post concluded.

The feedback from fans on the community forum isn't entirely positive, as you might can expect, with some fans suggesting that the studio should be focussing on fixing some of the more significant issues with the game before moving forward and making additional content. 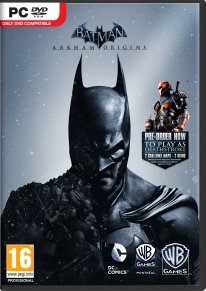