Batman: Arkham Knight was off to a rocky start (may be the understatement of the year) on PC. In fact, it was a bug infested nightmare and Warner pulled it from Steam in order to fix it before putting it back on the market again. We might be getting close to this point, as the game has received a big patch. According to an update published on Steam, it focuses on optimisation:

The list is not nearly comprehensive, and the work with the game continues. The team has to add support for the latest DLC's and updates, which include things like Photo Mode. But at least progress is being made.

Is Batman: Arkham Knight getting an upgrade for Xbox Series S/X?

An image of an enhanced version was spotted within a Xbox Wire blog post. 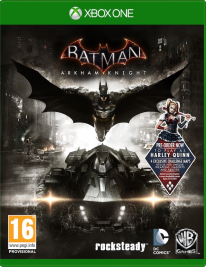