Rocksteady Studios has released patch 1.13 for the PS4 and Xbox One versions of Batman: Arkham Knight, which fixes some minor problems and adds heavy rain effects to the initial hours of play, something that was originally implemented in the game, but somehow got lost during previous updates.

In addition to the 1.13 patch, Batman: Arkham Knight also received a new suit and the sixth challenge pack, both free to download via the PS Store and Xbox Live. The new Batman suit is his Incorporated comics version, while the sixth pack adds new challenges to combat and predator maps. A small nod from Rocksteady to fans, since all maps are based on areas from the previous games.

Rocksteady also let out a warning regarding some "old enemy"... 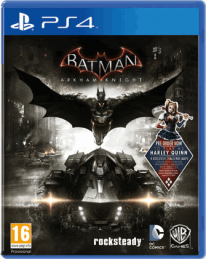