After releasing the demo for Balan Wonderworld back in January, developer Balan Company received some feedback and opinions, just many of them don't seem to be very positive.

With the launch date approaching fast, the game producer Noriyoshi Fujimoto decided to talk about some plans they made, hoping to address some players' concerns.

Apparently, the team has been working on tweaking some mechanics, and these changes will arrive in Balan Wonderworld via a huge day one patch:

"There's been a wide range of opinions and responses to the demo, and unfortunately at the current stage of development, it simply isn't feasible to reflect every piece of feedback into the game. However, to offer you all a more balanced gameplay experience, we will be implementing a day one patch for the full game," said Fujimoto in an open letter.

"Specifically, this patch will adjust movement controls, camera movement, and rebalancing of the difficulty. There's just over a week left until launch now, so I hope you all enjoy the world of Wonderworld to your heart's content!"

Besides the day one patch, Fujimoto also explains the themes of the game and what each world represents, you can find the full post here. 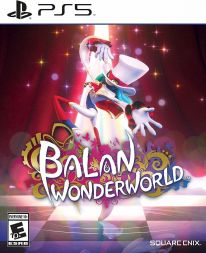