Balan Wonderworld was hot already from the very first announcement when it was revealed that the Sonic creators Yuji Naka (director) and Naoto Ohshima (art direction) was involved. It is being released on March 26 for PC, PlayStation 4, Switch, Xbox One and Xbox Series S/X - but we won't have to wait until then to try it out.

Today, it has been revealed that a playable demo launches on January 28 for all the platforms above. Here we get to visit the hubworld called Isle of Tims and hopefully try out a few of the more than 80 promised costumes (every one has special abilities) that will be in the game.

Something to look forward to, perhaps? 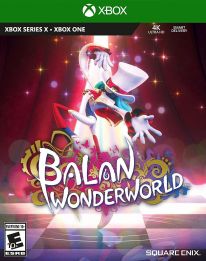