After being announced back in March 2019, things went a little quiet surrounding Back 4 Blood - a new coop shooter from the team behind Left 4 Dead. That all changed at The Game Awards tonight as fans were give plenty to sink their teeth into. First we saw a new trailer for the game which introduced us to several possible playable characters, then we shown the first footage of its gameplay, and then finally its release date was revealed.

Back 4 Blood will launch on June 22, 2021 on PC, PS4, PS5, Xbox One, and Xbox Series. Players can now register for the closed alpha here and start playing on December 17. You can check out the new trailer below:

Back 4 Blood bots will be smarter at launch

The developers also intend to adjust the game's difficulty levels.

Check out our images from the Back 4 Blood beta

The open beta will run until August 16.

Back 4 Blood has gone gold

And release is still a few months away.

The Turtle Rock Studios' title will be arriving this October.

Back 4 Blood Beta: What difficulty and mode should I start with? Plus bonus tip

Turtle Rock Studios' Lianne Papp confirms that Gamereactor's approach was wrong in two ways and gives a piece of advice regarding cards and decks.

Check out our footage from the Back 4 Blood beta

We showcase both the game's PvP and PvE modes. 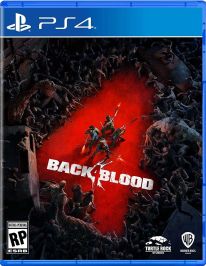