We spoke to Avalanche Studios' Christofer Sundberg at this year's Gamescom and found out more about the recently announced open-world adventure, Mad Max, as well as other projects currently under development.

"It's our first really narrative driven open world game, so changing that mentality in the studio, going from the more sandboxy, more chaotic way of designing a game to a more narrative style game has been a very cool experience," Sundberg told us.

Unlike Just Cause 2, there's to be no aerial element in Mad Max, and we asked if that was going to lead to a more controlled brand of chaos: "There's a lot of chaos in Mad Max as well [as there was in Just Cause 2], in the post-apocalyptic world, the world of Mad Max, is very chaotic as it is as the world has gone mad. So it's got that Avalanche flavour, a lot of explosions, a lot of flying cars, a lot of crazy shit happening."

Sundberg also confirmed that the studio had hired a new voice actor, after the fan uproar surrounding the original casting: "We listened to the fans and we've hired a great voice actor who's actually in this demo here today [at Gamescom]. I think it sounds great. It fits really well with the game."

Lastly we discussed what the future had in store for the studio, aside from Mad Max: "We also have our mobile game in development," he explained. "It's a mobile and tablet game that I hope we'll be able to announce later this year. It's something that we're doing completely on our own, so it's a new IP."

Sundberg continued: "So we're starting up some new developments, some new projects that we do internally, just as concepts. So that's very exciting. And then we have the studio in New York obviously, that's working on a project with Square Enix, still to be announced. The studio's very busy at the moment." 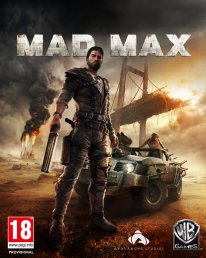