It's been close to a year since Attack on Titan: Wings of Freedom was released, but Omega Force hasn't been resting much since then, as they've just announced that Attack on Titan 2 will launch on unspecified platforms early next year. The game will continue pretty much where Wings of Freedom left off, which means that it'll follow the second season of the anime.

That's pretty much all we know at the moment, as the teaser trailer doesn't reveal much else. Still, last year's game was fairly entertaining, and we'll definitely try this one as well if Omega Force delivers more varied gameplay and polishes the technical aspects.

What do you want to see improved in this sequel? 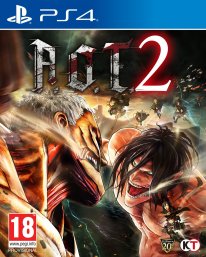