Astroneer has been developed by AAA veterans who have worked in high places like Bungie, Valve, and Ubisoft, and the game has been in Steam Early Access since December 2016, so it's been a long voyage to get here.

What's more is that update 1.0 doesn't just mark the launch of the game, but also give players seven new planets with mysterious structures to explore, as well as new recipes too.

The new trailer below gives you a taste of what to expect, including plenty of colourful environments of course. 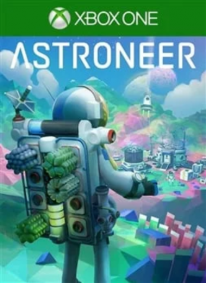