The end of this year is going to be fairly busy if you're into Assassin's Creed, with Unity and Rogue releasing alongside Assassin's Creed: Birth of a New World - The American Saga (which is set to launch at the end of October). That collection, which includes Assassin's Creed III, Assassin's Creed IV: Black Flag and Assassin's Creed: Liberation HD, will, it turns out, only be landing on old-gen consoles, which means it won't be making an appearance on PC as initially thought. Ubisoft told Gamespot that a listing that originally include PC as a platform was posted in error. Oops.

ACIII: The Tyranny of King Washington

"The new abilities definitely add something to the Assassin's Creed formula, but at the same time they also take away."

We get back into Assassin's Creed III on today's livestream

The remaster has just landed, and we're suiting up to see what's different in Connor's journey this time around.

The game is coming back with higher resolution textures, 4K and HDR support, and a new graphics engine, but can your PC run it?

That's the good news, as the bad news is that it'll come much later than the other versions and rumours claimed.

The Assassin's Creed game depicting the hardships of the American revolution is getting remastered for PC, PlayStation 4 and Xbox One.

Assassin's Creed III to go free on Uplay in December

Celebrate the holidays with Connor and Desmond. 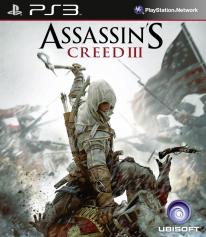