Here's a brief description of the game courtesy of the press release:

"Assassin's Creed Rogue tells the unique story of Shay Patrick Cormac, a fearless young member of the Assassin's Creed Brotherhood, who undergoes a dark transformation from an Assassin to a grim and committed Templar who hunts down his former brothers. Players' journeys will take them from beautiful New York City to the Wild River Valley and icy cold waters of the North Atlantic."

Ubisoft also announced that the Assassin's Creed franchise has sold in excess of 105 million copies in total, making it one of the best selling video game franchises of all time.

Ubisoft puts an end to their North American trilogy that started with Assassin's Creed III with a game that fails across the board to build on its excellent predecessor.

Assassin's Creed: Rogue hits PS4 and Xbox One in March

Will we see the old-gen-only game make the leap onto current-gen consoles? 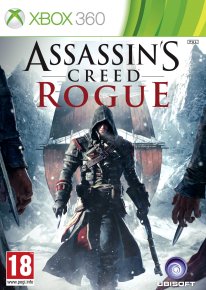