As is always the case, Xbox's Larry "Major Nelson" Hryb has revealed some more backwards compatible games for Xbox One via Twitter, and this time the Xbox 360 titles that are now available to play on Xbox One are quite big names.

Firstly, there's Assassin's Creed: Rogue, 2014's installment in the long-running franchise, as well as the wordy The King of Fighters 2002 Unlimited Match. Arguably biggest of all is Borderlands 2, however, and is coincidentally free with March's Games with Gold offer.

Is this the perfect time to jump back into Borderlands 2?

Ubisoft puts an end to their North American trilogy that started with Assassin's Creed III with a game that fails across the board to build on its excellent predecessor.

Assassin's Creed: Rogue hits PS4 and Xbox One in March

Will we see the old-gen-only game make the leap onto current-gen consoles? 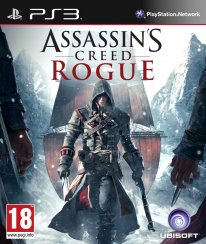